Use this box to quickly search Research@UWW for books, media, and more at UW-Whitewater.

How to Request Additional Copies from Other UW Libraries (video) 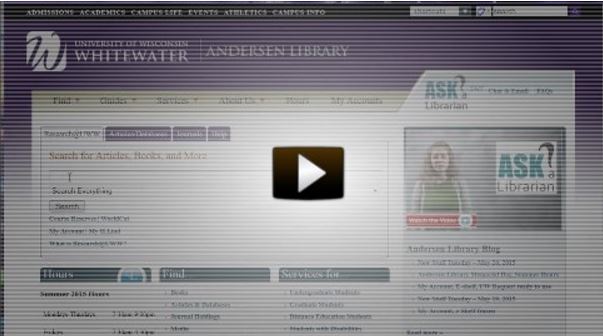 How to Request Additional Copies from Other UW Libraries

Need more than one copy of a book for your group? Borrow a copy from another UW System library. It will be delivered to the UWW Andersen Library circulation desk for pick up.

Click the titles below to check current availability, location, and call number in Andersen Library. If the Andersen Library copy is checked out, request a copy from another UW System library.